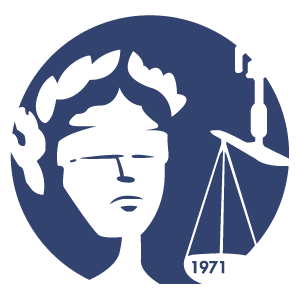 The Texas Criminal Defense Lawyers Association (“TCDLA”) is the largest state association for criminal defense attorneys in the nation with over 3,200 members. TCDLA’s purpose is to protect and ensure by rule of law and protect those individual rights guaranteed by the Texas and federal Constitutions in criminal cases; to resist the constant efforts which are now being made to curtail such rights; to encourage cooperation between lawyers engaged in the furtherance of such objectives though educational programs and other assistance; and through such co-operation, education, and assistance, to promote justice and the common good.

Today, HCCLA and TCDLA jointly filed a formal complaint with the Texas State Commission on Judicial Conduct against Judge Ramona Franklin, Judge of the 338th District Court of Harris County, Texas for violating the Canons of the Texas Code of Judicial Conduct. More specifically, Judge Franklin has repeatedly and illegally revoked defendants’ bonds right after they were released from custody and, worse, illegally denied them bail in violation of the United States and Texas Constitutions.

While many judges have been criticized for their decisions to release defendants on bail — individuals who are presumed innocent and legally entitled to bail — Judge Franklin has operated beyond the opposite end of the law, acting in a repeated, unlawful manner by revoking defendants’ bonds for no valid, legal reason. These individuals and their families spent their hard-earned money to secure their release so that they may fight their charges. Then, only making things worse, she then illegally ordered that they are to be held indefinitely without bail.

One individual sat in the Harris County Jail for 269 days after Judge Franklin illegally revoked his bond and put him back in custody back in November of last year. A little over two weeks ago, an appellate court found that Judge Franklin violated the law by doing so and ordered his immediate release. Despite this ruling, Judge Franklin continued to act in violation of the law by revoking other defendants’ bonds and denying them bail altogether.

The Commission on Judicial Conduct, pursuant to their lawful authority, will investigate the complaint and decide whether to take appropriate disciplinary action, including issuing sanctions, censures, suspensions, or recommendations for removal from office.

In the meantime, HCCLA and TCDLA will continue to monitor Judge Franklin’s actions, as well as other judges who decide to violate their obligations to comply with and be faithful to the law and act at all times in a manner that promotes public confidence in the integrity and impartiality of the judiciary.