Yesterday, it was reported that the State Commission on Judicial Conduct recommended formal proceedings against Judge Franklin Bynum to suspend him for a range of charges. The complaints against him come from the Harris County District Attorney’s Office who allege that he is biased against prosecutors, has failed to comply with the law, and has failed to maintain impartiality.

While HCCLA stands behind Judge Bynum and believes that these charges are baseless, our organization is concerned about a greater problem demonstrated by the handling of his complaint.

For years, prosecutors have taken advantage of a broken criminal justice system to violate the rights of individuals accused of criminal acts with the blessing and approval of judges who are willing to accept, ratify, and justify those same prosecutors’ actions. When a good and honorable judge like Judge Bynum exercised his legal knowledge and judicial discretion to make sure that prosecutors followed the law and, more importantly, that innocent individuals were not subject to illegal oppression, prosecutors petulantly went crying to the State Commission of Judicial Conduct.

Within a matter of months, the Commission held public hearings and made its recommendation to take punitive action against Judge Bynum whose term will end at the end of this year.

Contrast this against the judicial complaint made by HCCLA and the Texas Criminal Defense Lawyers Association (“TCDLA”) against one of those judges who, on a daily basis, violated —and continues to violate — individuals’ rights: Judge Ramona Franklin, Presiding Judge of the 338th Judicial District Court of Harris County. Almost two years ago, HCCLA and TCDLA filed a complaint with the State Commission on Judicial Conduct against Judge Franklin for illegally revoking defendants’ bonds right after they were released from custody and, worse, illegally denying them bail in violation of the United States and Texas Constitutions. Even after the complaint was made, Judge Franklin continued to engage in the same oppressive and illegal action. HCCLA and TCDLA notified the Commission of her continued action and the urgent need to step in and take immediate action. To this day, the Commission has taken no action against Judge Franklin.

In short, there seems to be two Commissions available to the people of Texas to review the actions and conduct of our judges: one that serves at the will and pleasure of prosecutors that will take immediate action against a judge like Judge Bynum who does not yield to prosecutors’ demands and holds them to their obligation not to convict but to see that justice is done — and another one that will stand idly by and unhurriedly consider a complaint by defense attorneys while individuals continue to have their rights and liberties violated on a daily basis.

While the Commission operates largely in secret and routinely takes private action against judges who engage in judicial misconduct, HCCLA is calling on the Commission to issue a public statement that explains its actions against Judge Bynum and, more importantly, its desire to take such immediate action against a judge whose term left on the bench is less than six months. In it, it should further explain how the complaint by the Harris County District Attorney’s Office takes priority over that of two organizations with thousands of members who stand by ready to protect Texans’ rights and liberties from judges who engage in judicial misconduct.

For further inquiries and interviews, contact Jed Silverman at (713) 226.8800 or email to jed@jedsilverman.com.

Houston, Texas – June 30, 2022 – As part of our long history of celebrating the birth of this great democracy, the Harris County Criminal Lawyers Association will host the 13th annual reading of the Declaration of Independence on July 1,2022 at 11:00 AM.

“During this time when our highest court is stripping away rights of its citizens and there our those whose actions threaten the most fundamental ideals of our great nation, it is of the utmost importance that we remind ourselves of the words of our declaration of independence,” said Jed Silverman, HCCLA President. 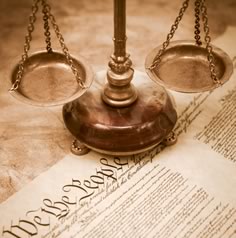 The Reading of the Declaration of Independence by criminal defense lawyers is an annual tradition started by past president Robert Fickman. “Our Founding Fathers declared that they would not live under the tyranny of King George. In reading the Declaration, we annually remind ourselves and our community that as Americans, we will never live under the yoke of any tyrant or tyrants,” said Fickman.

Members of the Texas Criminal Defense Lawyers Association (TCDLA) will also be holding readings in front of courthouses across the state.

The Declaration of Independence is the founding document of the United States and contains within its text the fundamental truths and unalienable rights that typify and embody the American way of life: that all men are created equal, that they are endowed by their Creator with certain unalienable Rights, that among these are Life, Liberty and the pursuit of Happiness.

Please join us in honoring our nation’s most sacred document in the spirit of independence:

By Mark Thiessen and Ed McClees I do solemnly swear (or affirm) that I will support and defend the Constitution of the United States against all enemies foreign and domestic: that I will bear true faith and allegiance to the same. That I will obey the orders of the President of the United States and the orders of the officers appointed over me, according to regulations and the Uniform Code of Military Justice. So help me God.

Voting is not a privilege, it is a right, and many paid dearly for it. Remember this when you say “my vote won’t count” or “I’m too busy” or “I don’t care”– American men and women in uniform have served, or are currently serving, in the military to protect and preserve our democracy and YOUR right to vote. Many have died[i] or suffered permanent disabilities fighting for our freedoms.

Voting is our most fundamental right as Americans–many sacrifices have made it possible for our citizenry to be able to vote– from military actions to civil rights movements.

Many black citizens were threatened or killed trying to exercise their right to vote. There were other voting obstacles as well. A “poll” or “head” tax had to be paid in person at the time of voting. It was imposed on all adults equally, regardless of income or property ownership. The poll tax was used in the South during and after Reconstruction as a means of circumventing the 14th Amendment[v] and denying voting rights to African-Americans.

The tax also created a burden on poor white Americans. This form of taxation gradually fell out of favor in the South in the mid-20th century, but it was not until the adoption of the 24th Amendment[vi] in 1962 that poll taxes were finally abolished as a prerequisite for voting in federal elections. They were later eliminated in all elections. The Voting Rights Act of 1965 was passed to enforce the already existing rights in a handful of Southern states.

Don’t take our freedoms for granted. Too many have sacrificed for our rights. Be smart in your voting decisions. Politics can be dirty business–false information is everywhere–so look at the source of these allegations. Remind others to vote. You can send out emails to people on your list and encourage them to vote. Since you as a lawyer may know more about many of the candidates, you can do a service for your contacts by giving them your choice of who is the best candidate.

Robert Pelton is a Criminal Defense Lawyer with offices in Houston and Abilene, Texas. Mr. Pelton was awarded the State Bar of Texas Presidents Award 2020.  Mr. Pelton has been named “Top Lawyer for the People” and one of Marvin Zindler’s “Marvin’s Angels” by H-Texas Magazine (2007). He was the personal lawyer for Marvin Zindler for 31 years. He was also rated by Super Lawyers (2014-18). Mr. Pelton is a Past President of HCCLA (1985-86), Founder and Chairman of HCCLA and TCDLA Ethics Committees (since 2011), a recipient of the Jim Bowmer Award for Professionalism from the Texas Bar College (2012); HCCLA Richard “Racehorse” Haynes Lifetime Achievement Award (2016); TCDLA President’s Awards (2011-18); and a United States Congress Proclamation from Congressman Ted Poe for his Zeal and Tenacious Defense of his Clients (2016). In the 1980s, Robert Pelton and Allen Isbell created Docket Call, now known as The Defender.  Veteran of U S Army and Texas Army National Guard 36th Infantry Division.

I’m looking for stories of Houstonians who have been charged with misdemeanors and directly benefitted from the recent pretrial reforms.

In 2016, Harris County was sued for using an unconstitutional cash bail system in its misdemeanor courts. In 2019, Local Rule 9 was implemented, setting out new regulations around misdemeanor pretrial systems. Under these rules, most people charged with a low-level crime in Harris County are released without a secured money bond — with exceptions for domestic violence, new crimes while on release or supervision, second DWI charges, and a few other circumstances.

So far the results have been overwhelmingly positive. Researchers have found a decline in repeat offending rates, decline in re-arrest rates, reduction in misdemeanor filings, and a decrease in the length of pretrial detention.

But while we have lots of data, we don’t have the stories about how these changes have impacted individual Houstonians. Under the old cash bail system, legally innocent mothers and fathers, daughters and sons, would remain stuck in jail simply because they didn’t have enough money. Even a few days in jail can inflict serious harm on an individual, causing them to lose their job, their home, or even their family.

In fact, we know that dozens Houstonians actually pleaded guilty to crimes they didn’t commit simply to get out of jail on a “time-served” punishment.

The misdemeanor reforms are supposed to put an end to these unjust and undeserved harms inflicted by cash bail. But the best way to tell that story is from the perspective of Houstonians who got to go home to their jobs, families and communities rather than stay stuck in behind bars.

The ACLU and Drug Policy Alliance worked with Brave New Films to tell the story about how bail reform in New Jersey helped people get back to their lives rather than suffer needlessly before trial.

It is time for Houston to tell our story.

Please reach out to me if you have anyone who would be interested in talking about their time in the Harris County criminal justice System and was materially aided by a PR release under Rule 9.

Evan Mintz is a communications manager at Arnold Ventures, a Houston-based philanthropy, and was a finalist for the 2017 Pulitzer Prize in editorial writing. He can be contacted at emintz@arnoldventures.org and 713-775-2788.